Last Saturday, November 2, the third public meeting of the research program took place in collaboration with the National Archives in The Hague: Research in progress. Behind the scenes of the research programme  Independence, Decolonization, Violence and War in Indonesia, 1945-1950.Freelance journalist Tessa Hofland wrote a report on the public seminar.

The researchers’ notes are not yet ready for consultation. At the public day of the research programme on Independence, decolonisation, violence and war in Indonesia, 1945-1950, research methods, sources and tentative first conclusions were shared. In addition, various rounds of workshops considered the challenges presented by what are sometimes biased and conflicting sources. In this report, we give an impression of the public day. The full programme, including an overview of all the sessions, can be found here.

As emphasised by Frank van Vree, director of the NIOD Institute for War, Holocaust and Genocide Studies, although it was the third public meeting to be held on the research, it was the first to offer a look behind the scenes of the programme. “You will be able to look over our researchers’ shoulders and discuss the use of sources with them. We will show you what it is like to do research in practice.” That is why the meeting was held in The Hague, at the invitation of the National Archives of the Netherlands. “The National Archives is like a home-from-home for various researchers.”

The research programme aims to provide scholarly answers to questions about the nature, extent, causes, and impact of the Dutch violence in Indonesia in the period between 1945 and 1950. Several of the eight sub-projects involve cooperation with researchers from Indonesia; cooperation that proved extremely valuable from the outset, argued Martijn Eickhoff at the presentation on the Regional Studies project. In this project in particular, the sharing of sources by Indonesian and Dutch historians has played a central role. “Once the sources have been exchanged, perspectives change on both sides.” 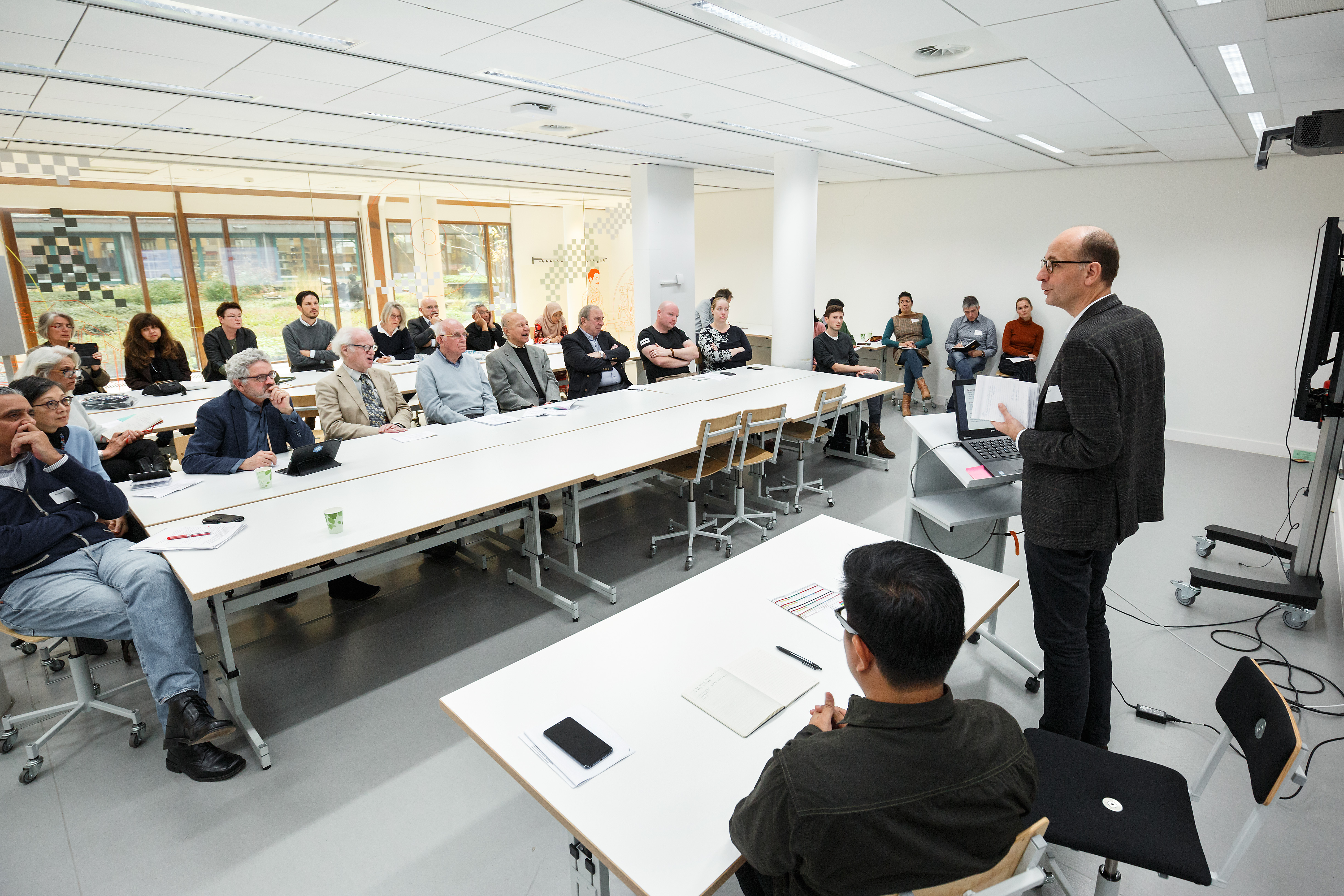 Co-presenter Muhammad Yuanda Zara of Yogyakarta State University supplemented Eickhoff’s account by describing his research project on reporting in regional Indonesian newspapers. “For it is sometimes said: ‘In archives, you find the thoughts of officials; in newspapers, those of the people.’” In his account, Zara described how the new leaders of the young republic were introduced, how democracy was explained, and how self-sacrifice in the fight against the Dutch was seen as an act of heroism. “The atrocities committed by the enemy were emphasised with a photo of a wounded child in the hospital that was being visited by Sukarno.”

In the reading room of the National Archives, the attendees were set to work in various workshops. Trying their hand at actual research, they were presented with archival texts, which they attempted to interpret. Azarja Harmanny drew on examples to explain what can be learned from a military report, and which additional sources are needed to gain a more complete picture of the war violence in Indonesia. In the next room, Tom van den Berge and Emma Keizer discussed the ‘shadowy international political games’ that were played in the period between 1945 and 1950. Although the United States openly expressed its support for the Republic of Indonesia, it also turned a blind eye when private actors supplied weapons to the Netherlands. “Sixty-thousand revolvers were delivered for Operation Crow, also known as the second police action,” said Keizer. “It is indeed deeply contradictory.” 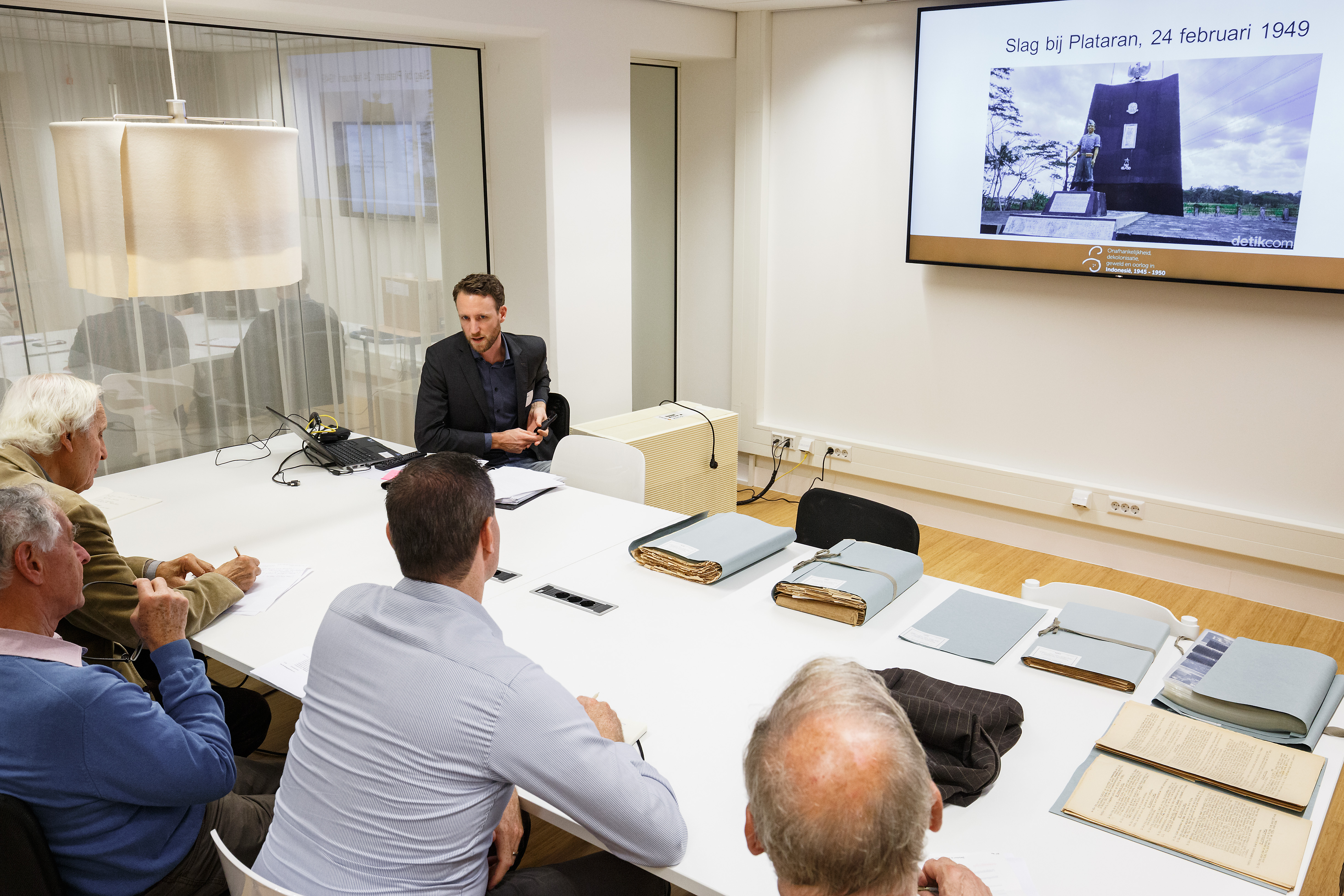 The workshop 'Sunbeam has hit its target' by Azarja Harmanny (photo: Marcel Israel)

The themes covered by the research on Indonesia in the period between 1945 and 1950 are diverse: from political, military and legal themes to the (social) impact on different groups of people. The researchers therefore need to consult many different kinds of sources. For the Witnesses & Contemporaries project, an appeal was made for people to share their personal memories, either first-hand or recorded later. During their session, Eveline Buchheim, Ody Dwicahyo, Fridus Steijlen and Stephanie Welvaart discussed the impact that sharing these personal stories can have. Facts and family members’ stories are shared and thereby become part of the public domain. For some people in the room, who had shared their stories, this was not a problem. 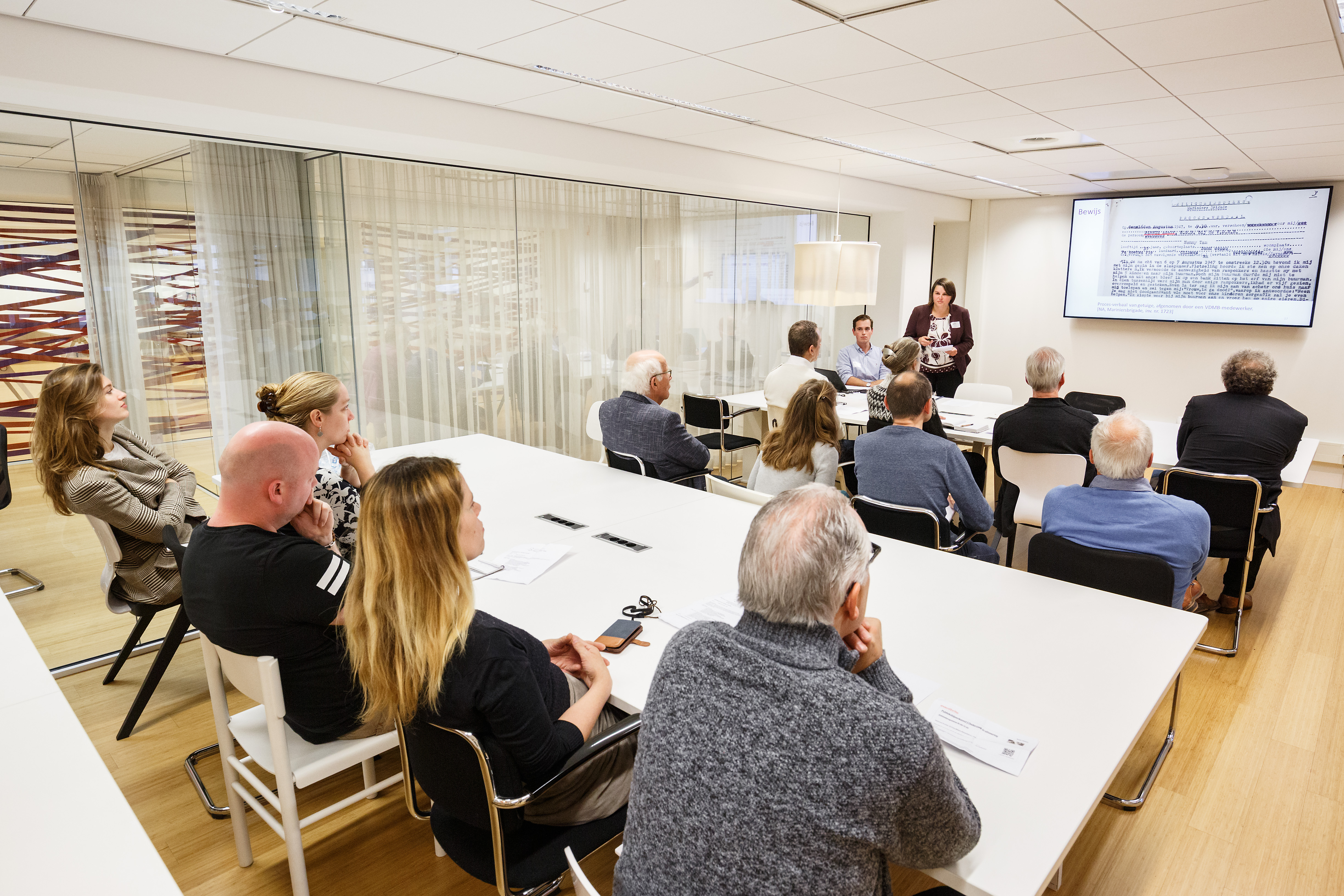 The art historian Aminudin Siregar and Harm Stevens, curator at the Rijksmuseum, shared their insights on the archives of the Netherlands East Indies Forces Intelligence Service (NEFIS) and the Central Military Intelligence Service (CMI). The researchers see these sources as a real goldmine, but they are also problematic. Although the photographs, documents, posters and many other sources often tell a unique story, some were seized by Dutch soldiers. The researchers on the project are encountering additional dilemmas: sources in which only the Dutch perspective is described, for example, and posters or articles that played a propaganda role. “Or posters that we suspect of having been counterpropaganda by the Dutch”, explained Siregar, holding up an example. “We shall probably never know for sure.”

The final conclusions of the research programme on Independence, decolonisation, violence and war in Indonesia, 1945-1950 will only become truly clear in September 2021, when the most important research results will be announced. By that time, the programme will have been running for four years. 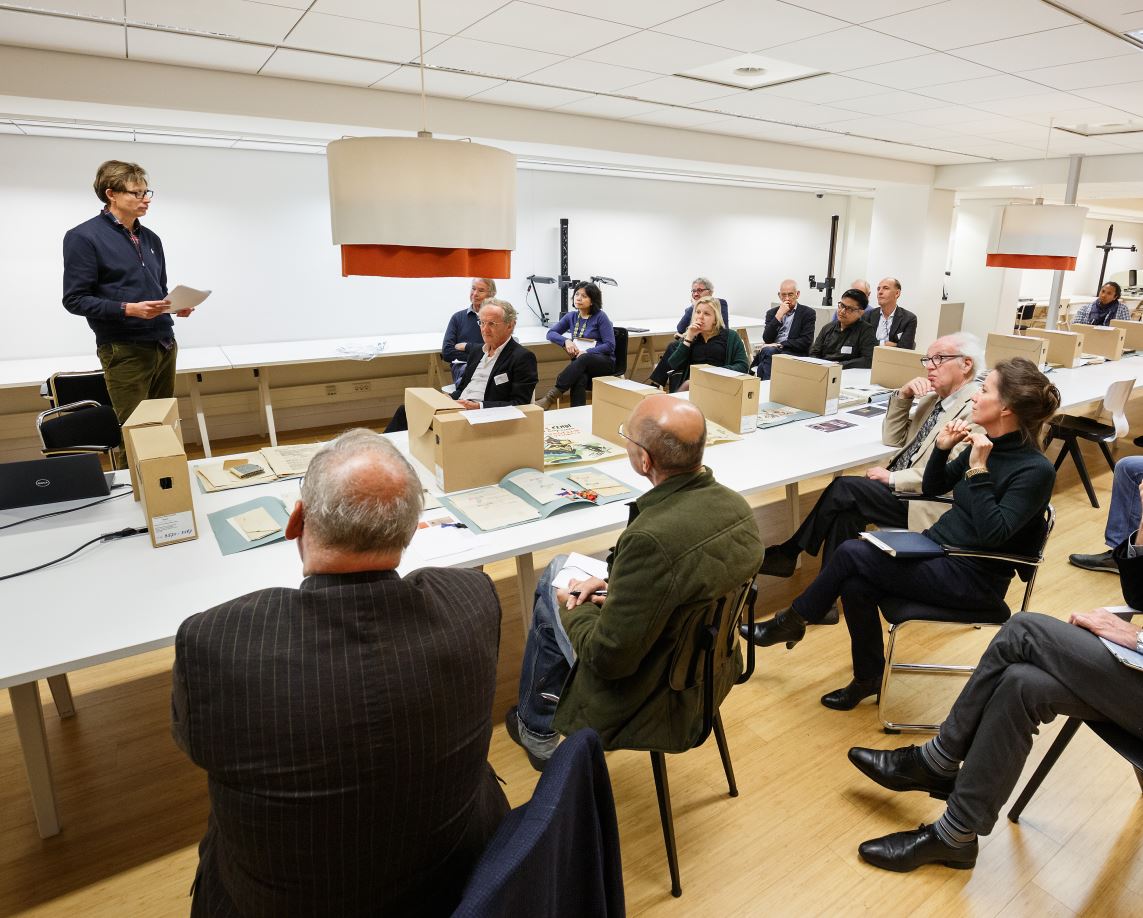 The 'problematic goldmine' of the NEFIS-archives, with Harms Stevens (standing) and Aminudin Siregar (sitting far right)
22-11-2019