How is the coronavirus crisis affecting researchers now that the archives have closed and  conferences and seminars in the Netherlands and abroad have been cancelled for the time being? In the following blog, research assistant Maarten van der Bent describes the impact of these historical times on his research.

Thursday 12 March was a day when everything seemed to be going well. At ten o'clock I was already in the National Archives reading room, and it looked as if I would actually be able to get through all the documents I had requested that day – something I don’t always manage to do. One of the records referred to an article in the Deventer Dagblad, and I decided to request that newspaper from the online catalogue of the Netherlands Royal Library as well, so that I would be able to go next door at 5 o’clock and complete the day’s work. Just before five, a member of staff urged the last remaining visitors to return their records without further delay. "The archive isn’t going anywhere, it will still be here tomorrow."

At the Royal Library, the decision had just been taken to temporarily close the doors from the next day onwards. Sitting at the reading table with the Deventer Dagblad spread out in front of me, I received a notification that new measures were going to be announced. A little later, the program manager sent an e-mail proposing that the team conversation with her and the directors of the three institutions involved, which was scheduled to take place the next day at the Royal Netherlands Institute of Southeast Asian and Caribbean Studies, should nevertheless go ahead, unless the team had political-administrative objections. I caught myself thinking that even the suggestion of cancelling the meeting was somewhat exaggerated.

The train to Leiden was almost empty the next day. A visit to the university library, after a relaxed conversation with program management, turned out to be my last work-related activity outside the walls of my own apartment for now. Since then I have been sharing my desk, which served as a kitchen table before the coronavirus crisis, with my girlfriend. It is strange to see how quickly everything happened and how easily we both became accustomed to our new circumstances; working from home has actually been surprisingly good so far. It does help that I undertook a final foray into the archives the day before everything went to into lock-down, and the sources and publications that have been published online in recent years have also kept me going for a while. Even though they are starting to run out.

I sometimes find it difficult to appreciate the full seriousness of the situation. I hear stories of colleagues who have probably caught the virus and have been ill for weeks. The father of an old friend of mine was on a ventilator in intensive care for a while. My grandmother is no longer allowed to receive visitors. A Greek friend is an aid worker trying to keep the coronavirus out of the refugee camps. Yet from behind the safe wall of video conferencing software that I had never even heard of before the coronavirus crisis hit, that reality sometimes seems almost as far away as the global suffering shown on the daily news.

It doesn’t help that spring has now burst upon us after a rainy start of the month. Animals are gratefully making use of people’s absence on the streets, and the balconies in the alley where I live are fuller than ever. I finally found time to re-read one of my favourite Dutch authors, Nescio. For a crisis situation, the world – viewed from my privileged position – looks deceptively beautiful.

At the same time, there is little I can do other than go out as little as possible, keep sufficient distance, and await better times.

"The archive isn’t going anywhere, it will still be here tomorrow."

Perhaps the librarian did not intend to admonish me, as I thought. Perhaps it was a call for acceptance.

Maybe it was an exercise in Zen. 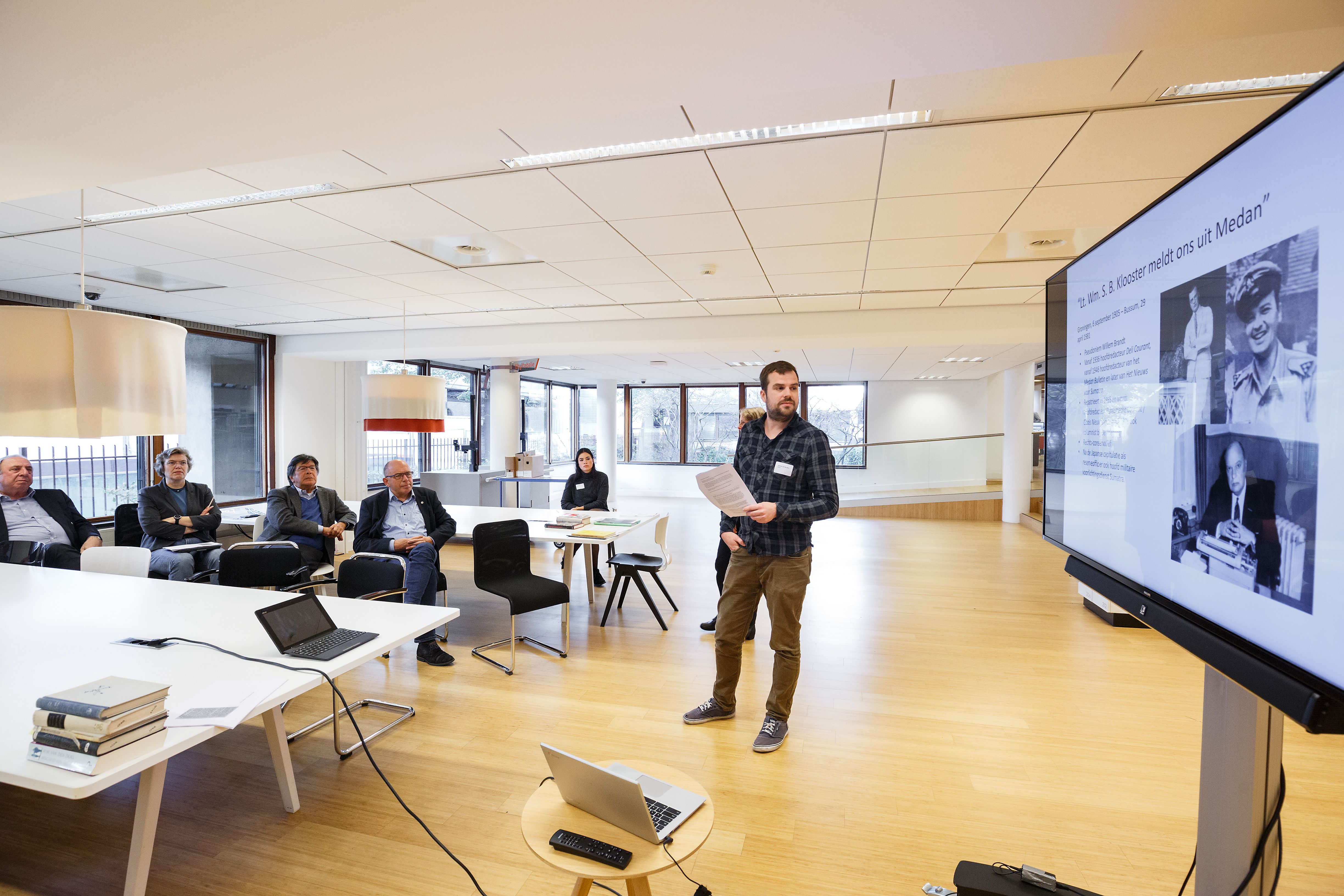 Maarten van der Bent at the public meeting in the National Archives on 2 November 2019. The archive is closed for the foreseeable future.
23-04-2020 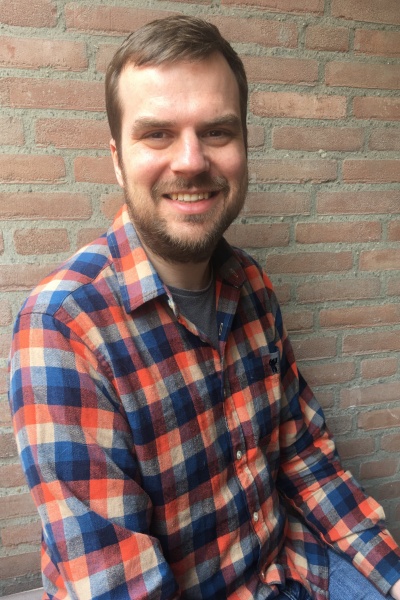